Yes Google+ is the Googleplex’s latest foray into social networking, trying to explicitly tackle the same territory Facebook’s Social Graph, but sadly I don’t have time right now to write about it (I’ll wait until I actually have access, rather than the screenshots floating around). In the meantime, XKCD have a great summary: 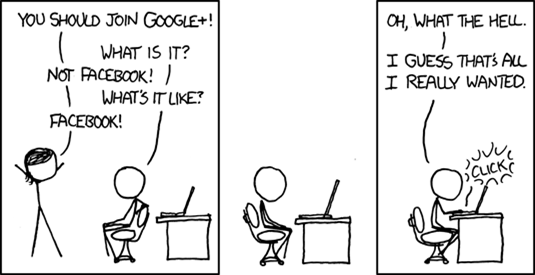 You could also read Google’s official announcement and commentary in the New York Times, the Guardian or from Steven Levy in Wired (and quite a few other places, too).