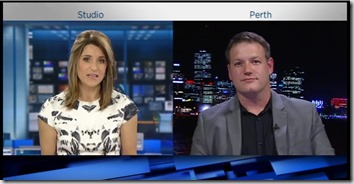 I am a frequent media commentator on a range of issues including uses of social media, online communication, birth and early childhood online (including ‘sharenting’), digital death, privacy, Instagram, Facebook, Google, Twitter, streaming media platforms and related topics. Below (with links where possible) are interviews I’ve given for a range of  publications and broadcasts. I am also an occasional contributor to The Conversation; you can find my writing there via my Conversation profile.

If you’re not sure how to pronounce my name, please listen here.

Interviewed in Chris Stokel-Walker, A new study suggests teenagers who use Instagram are happier than we think, Fast Company, 18 January 2023. https://www.fastcompany.com/90836189/new-study-suggests-teenagers-who-use-instagram-are-happier-than-we-think

Interviewed in Tom Canetti, Boom to bust? What Facebook and Twitter’s mass layoffs say about the future of tech, SBS News, 10 November 2022. https://www.sbs.com.au/news/article/boom-to-bust-what-facebook-and-twitters-mass-layoffs-say-about-the-future-of-tech/x238ah10x

Interviewed in Sophie Kesteven and Emma Nobel, Child influencers are becoming more common in Australia but who is looking after their rights?, ABC News, 16 August 2022. https://www.abc.net.au/news/2022-08-16/who-is-looking-after-rights-of-child-influencers-in-australia/101313938

Interviewed in Joanna Panagopolous, Would you post your kid online after these chilling allegations?, The Oz, The Australian, 10 August 2022, https://www.theaustralian.com.au/the-oz/internet/even-innocuous-photos-of-kids-carry-risk/news-story/5c3f6b57a085b8d89169844455b9bc08

Interviewed in Michelle Elias, The “BeReal” app implores users to be authentic. Can it stand the test of time?, SBS The Feed, 4 August 2022, https://www.sbs.com.au/news/the-feed/article/the-bereal-app-implores-users-to-be-authentic-can-it-stand-the-test-of-time/df3klqhob

Interviewed in Cam Wilson, Who is winning the TikTok election? Both parties are trying it’s voter content that hits home, Crikey, 25 April 2022. https://www.crikey.com.au/2022/04/25/tiktok-federal-election-australia/

Interviewed in Ricardo Gonçalves, Is Netflix About to Stop Password Sharing, SBS On The Money, 20 April 2022. https://www.sbs.com.au/news/podcast-episode/sbs-on-the-money-is-netflix-about-to-stop-password-sharing/4h8msturx [Podcast]

Interviewed in Michelle Elias, Ukraine invasion misinformation is spreading on TikTok. Who will stop it?, The Feed SBS, 3 March 2022, https://www.sbs.com.au/news/the-feed/article/war-misinformation-is-spreading-on-tiktok-can-it-be-curtailed/thquf9enu

Interviewed in James Purtill, Australians are spending less time on Facebook and much, much more on TikTok, ABC News, 11 February 2022. https://www.abc.net.au/news/science/2022-02-11/facebook-australians-spending-less-time-and-more-on-tik-tok/100820954

Interviewed in Sezen Bakan, ‘Unprecedented moment’: Why Facebook is declining and what it means for social media, The New Daily, 4 February 2022. https://thenewdaily.com.au/finance/2022/02/04/facebook-social-media-future/

Quoted in Srishti Mukherjee, What does it take to remove your personal data from the internet?, Analytics India Magazine, 22 January 2022,  https://analyticsindiamag.com/what-does-it-take-to-remove-your-personal-data-from-the-internet/

Interviewed in James Ried, Why homebuyers rate internet speed more important than ever before, The New Daily, 1 October 2021, https://thenewdaily.com.au/life/tech/2021/10/01/internet-speed-homebuyers/

Interviewed in Bree Smolinski, Think before you post: the impact of sharing photos of your child online, Curtin News Stories, 20 September 2021, https://news.curtin.edu.au/stories/think-before-you-post-the-impact-of-sharing-photos-of-your-child-online/

Invited panellist in Spotlight forum: how to protect your privacy in an increasingly tech-driven world, ABC Radio Perth, Mornings, 9am, 11 August 2021, https://www.abc.net.au/radio/perth/programs/mornings/spotlight-forum-on-privacy/13492708. [Radio]

Interviewed in Ekaterina Blinova, Why Biden Administration & Big Tech Have Only Themselves to Blame for Spread of COVID Misinformation, Sputnik News, 19 July 2021, https://sputniknews.com/us/202107191083413169-why-biden-administration–big-tech-have-only-themselves-to-blame-for-spread-of-covid-misinformation/

Interviewed in Gina Rushton, Ear wands, nerve machines and ‘pussy mist’: I asked medical experts whether I should buy the miracle cures I see in my Instagram ads, Business Insider Australia, 15 July 2021. https://www.businessinsider.com.au/instagram-ads-medical-cures-2021-7

Interviewed in Peter de Kruijff, A never ending state of emergency or: how I learned to stop worrying and love the app, The Sydney Morning Herald, 19 June 2021. https://www.smh.com.au/national/a-never-ending-state-of-emergency-or-how-i-learned-to-stop-worrying-and-love-the-app-20210616-p581l5.html

Interviewed in James Purtill, Facebook thinks it won the battle of the media bargaining code — but so does the government, ABC News, 26 February 2021. https://www.abc.net.au/news/science/2021-02-26/facebook-google-who-won-battle-news-media-bargaining-code/13193106

Interviewed in Laura Newell, Have Their Cake and Eat It Too, The West Australian, 20 February 2021, p. 132. [PDF] https://thewest.com.au/technology/facebook/is-facebook-a-publisher-or-a-platform-how-one-word-allows-tech-giants-to-have-their-cake-and-eat-it-too-ng-b881801298z

Quoted in Barbara Ortutay and Tali Arbel, Facebook makes a power move in Australia – and may regret it, AP News, 19 February 2021. https://apnews.com/article/business-lawsuits-australia-mark-zuckerberg-e0b545d3ba541c2de8389c6bd0a6f23f

Interviewed in Samantha Dick and Cait Kelly, Australians urged to break up with Facebook over news blockade, The New Daily, 19 February 2021, https://thenewdaily.com.au/news/national/2021/02/19/facebook-australia-news-break-up/

Interviewed in Damien Cave, Google Is Suddenly Paying for News in Australia. What About Everywhere Else?, The New York Times, 17 February 2021, https://www.nytimes.com/2021/02/17/business/media/australia-google-pay-for-news.html

Quoted in Mariam Cheik-Hussein, Explainer – The arguments against the news media bargaining code and what happens next, Ad News, 1 February 2021. http://www.adnews.com.au/news/explainer-the-arguments-against-the-news-media-bargaining-code-and-what-happens-next

Interviewed in Peter Vincent, Why internet search and social would barely miss a beat if Google and Facebook carried through with their threats to pull out of Australia so they don’t have to pay for news… with plenty lining up to replace them, Daily Mail Australia, 25 January 2021. https://www.dailymail.co.uk/news/article-9182687/Facebook-Google-threat-pull-Australia-news-laws-affect-have.html

Quoted in Damien Cave, An Australia With No Google? The Bitter Fight Behind a Drastic Threat, New York Times, 22 January 2021, https://www.nytimes.com/2021/01/22/business/australia-google-facebook-news-media.html.

Leaver, T. (2020, 2 October) Facebook is merging Messenger and Instagram chat features. It’s for Zuckerberg’s benefit, not yours, The Conversation.  https://theconversation.com/facebook-is-merging-messenger-and-instagram-chat-features-its-for-zuckerbergs-benefit-not-yours-147261

Interviewed in Gian De Poloni, Facebook now revealing how much local politicians will spend to get your vote, ABC News, 2 October 2020, https://www.abc.net.au/news/2020-10-02/facebook-reveals-advertising-spend-for-perth-lord-mayor-race/12715070

Interviewed in Kishor Napier-Raman, ‘Bad for democracy’: Facebook’s news ban could leave only the garbage behind, Crikey, 2 September 2020, https://www.crikey.com.au/2020/09/02/facebook-threat-to-australia/

Interviewed in Ben O’Shea, Google’s meteoric rise and fall from grace as the tech giant wages war on media outlets around the world, The Sunday Times, 23 August 2020, pp.12-15, https://thewest.com.au/technology/google/googles-meteoric-rise-and-fall-from-grace-as-the-tech-giant-wages-war-on-media-outlets-around-the-world-ng-b881642754z

Interviewed by Mikayla Floriano, The Post-Truth Era: Is It Our Job to Monitor Misinformation?, Drive, 2SER 107.3, 4.40pm, 8 June 2020. https://2ser.com/in-the-post-truth-era-is-it-our-job-to-monitor-misinformation/

Interviewed by Louise Miolin, Documenting a disaster, The Western Independent, 14 May 2020, https://westernindependent.com.au/2020/05/14/documenting-a-disaster/

Interviewed in Zona Black, Why the launch of Disney Plus could spark the return of internet piracy, The New Daily, 30 August 2019, https://thenewdaily.com.au/life/tech/2019/08/30/disney-plus-internet-piracy/

Interviewed in Nicole Precel, Ursula didn’t know what cyber flashing was until the day at the museum, The Age, 20 June 2019, https://www.theage.com.au/national/ursula-didn-t-know-what-cyber-flashing-was-until-the-day-at-the-museum-20190512-p51mm6.html

Interviewed regarding Politicians and Social Media, Weekend, ABC Perth Radio, 4 May 2019, 9.01am. [Radio]

Interviewed in Carmelle Wilkinson, It’s not you, it’s me: why I’m breaking up with Facebook, Eastern Reporter, 31 October 2018, https://www.communitynews.com.au/eastern-reporter/lifestyle/its-not-you-its-me-why-im-breaking-up-with-facebook/

Interviewed in Cameron Miles, We are your friends: Facebook goes old-school to win back our trust, WA Today, 28 June 2018, https://www.watoday.com.au/national/western-australia/we-are-your-friends-facebook-goes-old-school-to-win-back-our-trust-20180727-p4zu2j.html

Interviewed by Geof Parry and Lisa Barnes, Elf on the Shelf and Child Surveillance, Breakfast, 6PR 882, 8.20am, 11 July 2018. https://omny.fm/shows/breakfast-with-steve-and-basil/tama-leaver-elf-on-the-shelf [Radio]

Quoted in Holly Hales, Snow joke! Fears Elf on the Shelf toy that reports on kids being naughty or nice ‘normalises a surveillance culture and encourages spying’, The Daily Mail, 11 July 2018, http://www.dailymail.co.uk/news/article-5940123/Elf-Shelf-Christmas-toys-accused-encouraging-spying-kids.html

Interviewed by Christiane Barro, Why you should think twice before uploading an image to Facebook, The New Daily, 18 April 2018, https://thenewdaily.com.au/life/tech/2018/04/18/facial-recognition-tool-facebook/

Interviewed by Xavier Hazard, What happens to your digital accounts when you die?, Western Independent, 29 March 2018, https://westernindependent.com.au/2018/03/29/what-happens-to-your-digital-accounts-when-you-die/

Interviewed in Michaela Whitbourn, What happens to your social media accounts when you die may soon change in NSW, Sydney Morning Herald, 27 March 2018, p. 10, https://www.smh.com.au/national/nsw/what-happens-to-your-social-media-accounts-when-you-die-may-soon-change-in-nsw-20180326-p4z6al.html

Interviewed in James Ried, Police and emergency services trying to be funny – the joke could be on them, The New Daily, 15 October 2017, http://thenewdaily.com.au/news/national/2017/10/15/social-media-police/

Interviewed in Kim Cousins, From YouTube to TV and Back Again, Particle, 19 September 2017, https://particle.scitech.org.au/people/from-youtube-to-tv-and-back-again/

Interviewed in Emily Ritchie, ‘A new career that comes out of a (You)Tube’, The Australian, 9 September 2017, http://www.theaustralian.com.au/business/media/digital/a-new-career-that-comes-out-of-a-youtube/news-story/da5bab2efcddc14f572cf005ccdc5e19

Interviewed in James Ried, The phone that could kill Apple and Samsung, The New Daily, 7 September 2017, http://thenewdaily.com.au/life/tech/2017/09/07/huawei-mate-10-apple-samsung/

Interviewed in James Reid, Can Facebook TV become the ‘new Netflix’?, The New Daily, 9 May 2017, http://thenewdaily.com.au/life/tech/2017/05/09/can-facebook-become-the-new-netflix/

Interviewed in Robyn Ironside, Stunning Shots: Australia is World No.1 on Facebook and Instagram, Escape, 4 May 2017, http://www.escape.com.au/australia/stunning-shots-australia-is-world-no1-on-facebook-and-instagram/news-story/9974374bb2452288b2060b3bd84d5958

Interviewed in Cat Rodie, “I’m not ready to go yet” – Death in the time of Facebook, Australian Women’s Weekly, 31 March 2016, http://www.aww.com.au/latest-news/im-not-ready-to-go-yet-death-in-the-time-of-facebook-26284

Interviewed in Louise Merrillees, While big corporations track your every move, small businesses warned they are at risk of being left behind, ABC News, 27 September 2015, http://www.abc.net.au/news/2015-09-27/small-businesses-must-engage-with-social-media/6801698

Interviewed in  Jorge Branco, How does Facebook treat a dead person’s profile?, Brisbane Times, 11 May 2015, http://www.brisbanetimes.com.au/queensland/how-does-facebook-treat-a-dead-persons-profile-20150510-ggyclj.html

Interviewed in Camilla Peffer, What The Fashion: Social media and fashion sounds a lot like online dating these days, The Vine, 27 March 2015, http://www.thevine.com.au/fashion/news/what-the-fashion-social-media-and-fashion-sounds-a-lot-like-online-dating-these-days-20150327-298467/

Interviewed in Camilla Peffer, Kendall Jenner is not going anywhere and it’s all our fault, The Vine, 4 February 2014, http://www.thevine.com.au/fashion/life/kendall-jenner-is-not-going-anywhere-and-its-all-our-fault-20150204-293897/?page=1

Interviewed by Matthew Karstunen, ‘A Virtual You Upon Passing and the Implications’, The Daily, 2SER Sydney, 6 November 2014, http://www.2ser.com/component/k2/item/11944-a-virtual-you-upon-passing-and-the-implications  [Radio]

Interviewed in Hannah Francis, ‘Hipster social network Ello set to up the ante for Facebook’, The Age, 30 September 2014, http://www.theage.com.au/digital-life/digital-life-news/hipster-social-network-ello-set-to-up-the-ante-for-facebook-20140930-10num8.html

Interviewed in Sam Kelton, ‘Female Popeyes punch on along banks of Torrens as friends film the melee on mobile phones’, The Adelaide Advertiser, 7 August 2014, http://www.adelaidenow.com.au/news/south-australia/female-popeyes-punch-on-along-banks-of-torrens-as-friends-film-the-melee-on-mobile-phones/story-fni6uo1m-1227017301916

Interviewed in Philippa Lees, ‘New website shows you how to vanish from the internet, almost’, NineMSN: Lifestyle, 26 August 2013, http://lifestyle.ninemsn.com.au/article.aspx?id=8712656

Interviewed in Julie Hare, ‘Unis give Facebook the thumbs up’, The Australian, 23 August 2013, http://www.theaustralian.com.au/higher-education/unis-give-facebook-the-thumbs-up/story-e6frgcjx-1226702340733

Interviewed in Angela Hawksford, ‘Confessions of an online troll’, The Vine, 8 July 2013, http://thevine.com.au/music/news/confessions-of-an-online-troll/

Interviewed by Moyd Kay and Loretta Ryan regarding the Fortieth Anniversary of the Mobile Phone, 4BC, Brisbane Afternoons, 5 April 2012. [Radio]

Interviewed in Jillian McHugh, ‘’Selfies’ just as much for the insecure as show-offs’, WA Today, 3 April 2012, http://www.watoday.com.au/business/media-and-marketing/selfies-just-as-much-for-the-insecure-as-showoffs-20130403-2h6ow.html

Interviewed for Debra Jopson, ‘Digital never dies – but it may be out of reach when we do’, Sydney Morning Herald, 16 June 2012, p 1. http://www.smh.com.au/digital-life/digital-life-news/digital-never-dies–but-it-may-be-out-of-reach-when-we-do-20120615-20fes.html

Interviewed for Sheryl-Lee Kerr, ‘”Nail in the coffin” for Blackberry maker.’ The Sunday Times. 22 October 2011, http://www.perthnow.com.au/news/western-australia/nail-in-the-coffin-for-blackberry-maker/story-e6frg13u-1226173833802.

Interviewed for Lee-Maree Gallo, ‘How do you catch the viral phenomenon?’, The Sydney Morning Herald, 9 June 2011, http://www.smh.com.au/technology/how-do-you-catch-the-viral-phenomenon-20110607-1fqo8.html

Interviewed by Niki Morrell on ABC North West (Karratha), ‘Mornings’ 10.20am, 15 April 2011. On the FMG/Yindjibarndi Dispute and Social Media [Radio]

Interview by Jarrod Watt for ABC’s Heywire, ‘What you say on Facebook will follow you around the rest of your life‘, 25 March 2010. [Mp3]

Invited panellist discussing the ‘The Changing Landscape of News and Journalism’, at the ‘The Future of Journalism: Blueprint for Progress’ event organised by the Walkley Foundation and Media Alliance, held at the ABC East Perth Centre, Friday 21 August 2009.

Invited presentation: ‘MySpace is better than Yours: Promoting your arts on the internet’ for the PropelArts Forum, PropelArts –Youth Arts WA, August 2007.

Seminar entitled ‘Podcasting 101′ delivered for staff at the Film and Television Institute of Western Australia on Thursday, 12th October, 2006.

Invited panel discussion on “Understanding Cross Platform and New Media” at the Film and Television Institute of Western Australia on Thursday, 30th March 2006.

Invited public lecture on ‘Terminal Masculinities: Bodies, Subjects & Machines in the TerminatorTrilogy’ given at the Lawrence Wilson Art Gallery as part of the Crash (and other Earthly pleasures)exhibition, 3rd March 2006. [PDF of Talk Abstract Here]

Interviewed for: McConnachie, Dahna. “Blogging at the end of the earth”, PC World, 14, October 2004,http://www.pcworld.idg.com.au/index.php/id;715547121;fp;2;fpid;1, simultaneously cross-published in ComputerWorld: The Voice of IT Management and LinuxWorld.Com.Au.

Invited public talk on ‘Blogging Universities’ delivered at BlogNite: Blogging at the end of the Earth, Curtin University, 27 October 2004.