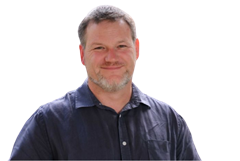 I’m a Professor of Internet Studies at Curtin University in Perth, Western Australia. I’m the President of the Association of Internet Researchers (AoIR), a regular media commentator, and a Chief Investigator in the ARC Centre of Excellence for the Digital Child.

My research interests include children’s data, privacy and rights in an online world; visual social media; the activity and regulation of big social media companies, especially in Australia; and the social, casual and mobile gaming landscape.

I have published in a range of journals including Social Media + Society, Information, Communication and Society, Popular Communication, Media International Australia, and First Monday. I am the author of Artificial Culture: Identity, Technology and Bodies (Routledge, 2012); co-editor of An Education in Facebook? Higher Education and the World’s Largest Social Network (Routledge, 2014) with Mike Kent; and Social, Casual and Mobile Games: The Changing Gaming Landscape (Bloomsbury Academic, 2016) with Michele Willson; co-author of Instagram: Visual Social Media Cultures (Polity, 2020) with Tim Highfield and Crystal Abidin; co-editor of The Routledge Companion to Digital Media and Children (Routledge, 2021) with  Lelia Green, Donell Holloway, Kylie Stevenson and Leslie Haddon; and co-editor of Gaming Disability: Disability Perspectives on Contemporary Video Games (Routledge, 2023) with Katie Ellis and Mike Kent.

I’ve received teaching awards from the University of Western Australia, Curtin University, and in 2012 received a national Australian Award for Teaching Excellence in the Humanities and the Arts. I’m @tamaleaver on Twitter, and my web presence is www.tamaleaver.net.

This website includes my main blog, which began in March 2007. From May 2003 until March 2007 I primarily blogged at Ponderance, the archives of which remain online as long a Google continue to support static blogs.

As of September 2007, this blog is being archived by the National Library of Australia and can thus be found in Pandora – Australia’s Web Archive.