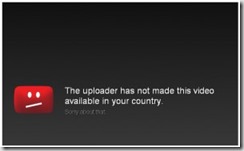 Networked digital culture is built on the premise of near-instantaneous global information exchange, and in this context, for digital media (which are, essentially, information) distance should be meaningless. However, this project concerns itself with the notion of ‘distance’, playing on Geoffrey Blainey’s notion of the ‘tyranny of distance’ (in which he argued that the physical distance of Australia from the heart of the English Empire played a fundamental role in shaping Australian culture), now asking what distance means when information and communication can be transmitted at the speed of light. In part, I am interested in the way that older business models and practices are (and largely aren’t) responding to this challenge, but equally I am interested in examining new opportunities as they emerge, be that on YouTube, micro-production, or elsewhere.

Leaver, T. (2011). The Curious Case of Benjamin Sniddlegrass and the Cauldron of Penguins. Flow TV, 13(10). Retrieved from http://flowtv.org/2011/03/curious-case-of-benjamin-sniddlegrass/