Home » blogs » Student Creativity and Writing (on) the Web

Student Creativity and Writing (on) the Web

By Tama in blogs, participatory culture, Ponderings, student engagement, teaching and learning, youtube on May 18, 2008.

One of the things I’ve been thinking about a lot this semester has been the way my teaching does – or doesn’t – encourage my students to develop that elusive, highly ambiguous but universally sought-after quality of creativity. I’ve been running two units – Digital Media, which is a relatively large second year unit (about 140 students) with a fairly hefty hands-on component; and a far smaller honours unit called Creative Selves which is specifically about exploring the way creativity is thought about, situated and can ultimately be harnessed in the world of work (or, at least, the world outside of formal education).

Even though creativity is often associated with the romantic ideal of the lone creative genius, one of the contradictions I’ve been quite aware of, and something that has come up in both units, is that both individual and group creativity is often meaningfully enhanced and provoked when students are thinking about the audience that might ultimately view/experience/interact with their creative work. This really shouldn’t come as a surprise since over the last 4 years I’ve often encouraged (and occasionally mandated) that students blog their work for just that reason. In so many cases, when the potential audience for a work – written, audio, video or whatever else – stops being just the marker or examiner and starts being a potentially global community, students tend to push themselves to work that little bit harder. Occasionally one or two students have suggested this is unnecessarily stressful, but 99% of the time when students are faced with the large potential audience that the internet provides, they step up to the challenge.  There are other clear advantages of getting students to create in the public sphere, too, such as those outlined by Jason Mittell:

One of my pet peeves about teaching is that often you get wonderful student work that is, by design, written for an audience of one, and has no lingering presence beyond the semester. By asking students to blog, share, and otherwise publish their work, it both raises the bar for their own sense of engaging a community with their ideas, as well as offers an opportunity for faculty to publicize their excellent work.

Mittell has written a series of posts showcasing some of the impressive work students have made as part of his Media Technology course this past semester.  They range from podcasts which interrogate something specific about audio, to video-games based shorts (sort of machinima, but not in the Red Vs Blue sense – more videos which mix and match game footage in different ways to highlight a particular critical or creative point).  One assignment I particularly liked was the use of video remixes, or mashups, which included one student effort which remixed current blockbuster trailers – and a ubiquitous iPhone ad – to create an overhyped trailer for technological convergence itself: 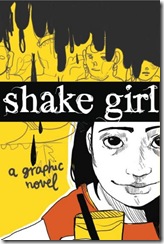 Another student collaboration I’ve come across recently is Shake Girl, The Graphic Novel.  This graphic novel was a collaboration between 17 Stanford creative writing, art and design students who’ve produced a moving and provocative story which ultimately ends up being a heart-wrenching tale highlighting the terrible phenomenon of acid attacks on women in Cambodia.  This is no two-dimensional moral rant, though: it’s a thoroughly engaging story, with sophisticated characterisation which envelops the reader in the story only to shock them with the protagonist’s fate.  In their About section, one note rang particularly true for me, regarding the challenges but also the substantial rewards which come from successful creative collaborations between students:

The process of collaboration – we think all of our students will agree – was both one of the most frustrating and exciting experiences of our lives. A lot of the first in the first two weeks, much of the second in the last four. Those of us writing the script seemed to trip over one another in the early stages. We wrote, researched, rewrote, tossed drafts aside, argued, yelled sometimes, tossed our hands up in the air, and then started over. The illustrators waited patiently, until patience ran out, and we were finally left with this mission statement: 1. We want to get this project completed, and 2. We want to make everyone moderately happy.

And with that, we made the jump to light speed. How many late-night hours did we draw, redraw, rewrite, design, redesign, and mostly… really enjoy each others company, efforts, and camaraderie?

All I can say is that Shake Girl definitely highlights an impressively successful student collaboration! [Via BBoing]

This graphic novel also reminds me on one idea for a small-scale creative project I’ve always wanted to do especially with a large first-year class.  Many of you will recall the fabulous Theory.org.uk Theorist Trading Cards, which were essentially bubblegum cards featuring well-known cultural theorists.  In a large first-year class where new theorists, ideas and concepts are introduced for the first time, I suspect that if students generated their own cards as part of tutorial presentations, this would be a great way to creatively get them reading and thinking about the main features, and differences, between the writers and works they encounter.  As an added bonus, these trading cards could be collated online and serve, to some extent, as useful prompts when students are revising for exams.

Along a similar line, this week my Digital Media students are presenting a pitch, outlining an idea for a short video which will critically explore some aspect of digital culture loosely based on arguments about either convergence or citizen journalism, so I hope I’ll be able to post a few of the results in a few weeks time.

Until then, I wanted to end this post by pointing to the very cool and very virally popular video Apple Mac Music Video by Dennis Liu.  While not really student work (Lui has just finished formal education, but has been working professionally for a while; read an interview here) this is video is inspirational.  It’s a brilliant reminder that under the hood of an Apple Mac (or even a decent PC) is more than enough power to make some truly inspiring and amazing creative work …