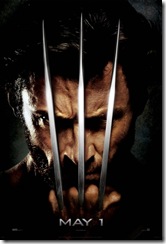 For anyone interesting in the convoluted social world of the soon-to-return Battlestar Galactica, you must check out the hilarious Battlestar Book which tells the tale of BSG in Facebook status updates.  A snippet:

Incidentally, does anyone know of an online generator or tool which can quickly knock out icon-driven status updates like these?  After the Battlestar Book and the earlier  hilarious Facebook Hamlet, I’m toying with the idea designing a project in which students summarise either a key article or perhaps episode of television using this style.  I’m thinking it would get them to think critically about the sort of data Facebook gathers and shares about people while also encouraging students to brush up on their skills in terms of finding the key points and ideas in texts.  Or is that nuts?

As the countdown to the final (half) season of Battlestar Galactica ticks down in the US, SciFi are in the middle of a final run of webisodes (‘The Face of the Enemy’) which, as usual, are getting good press both on their own terms and as models of successful webisode content in relation to existing franchises.  The New York Times, for example:

“The Face of the Enemy,” on the other hand, could serve as a model of the Webisode genre. It’s not something you need to watch if you’re not already a “Battlestar Galactica” fan, but those who are will appreciate the serious treatment this minidrama has received, the same kind of care taken with the cult-favorite series itself. The lead writer of “Enemy” was Jane Espenson, a “Galactica” co-executive producer and television veteran with “Gilmore Girls” and “Buffy the Vampire Slayer” on her résumé, and its performers include series regulars like Grace Park, Alessandro Juliani and Michael Hogan.

The Webisodes, which will conclude on Jan. 12, just before the television series returns, are a self-contained murder mystery set aboard a small spacecraft that has been separated from the fleet. But they also expand on the “Galactica” mythology, through flashbacks, and flesh out major characters. Fans who had wondered whether Lieutenant Gaeta (Mr. Juliani) was gay found out in Episode 1 of “Enemy.” Or they thought they did, until his close encounter with a Cylon 8 (Ms. Park) a few episodes later clouded matters.

Along with the regular Webisodes the Sci Fi Channel is providing “enhanced” versions featuring commentary by Ms. Espenson. They’re a revelation in their own right. While commentary tracks on movies or even television episodes tend to get boring or crazy-making long before the show is over, commentary tracks on four- or five-minute Webisodes can actually be entertaining.

Ms. Espenson describes the chaotic, and poignant, circumstances in which the Web serial was filmed: with the television series’s final season already completed, the “Enemy” scenes were often the last things filmed on the “Galactica” sets. After a scene was completed, its set would be torn down for good.

Other tidbits — Ms. Park plays two parts in “Enemy” because the “Galactica” star Tricia Helfer turned out not to be available after the story had already been developed — might seem like too much information to have while the serial is still unfolding. But it’s really just a sign that NBC Universal is getting at least one thing right. In a world where the possibilities for elaborating your shows online are endless, the true fan wants to see and hear everything.

As per usual, the webisodes aren’t accessible for those living on the wrong end of the tyranny of digital distance (outside the US), but other avenues are readily available for those willing to look, and the webisodes certainly aren’t shying away from interesting and timely issues.  Until it gets pulled, here’s the first webisode on YouTube:

(You can catch the same webisode with Jane Espenson’s audio commentary, too.)

BSG, the last webisodes, and being gay in the rag-tag fleet

As a dedicated Battlestar Galactica fan I can’t wait for the final episodes to start in January and I’m already enjoying the countdown webisode series, ‘The Face of the Enemy’ which features Felix Gaeta, two Cylon Eights (Sharon’s model) and a few very desperate, very lost, BSG crew.  The first webisode went live today and sets up an pretty engaging storyline. It also featured one other bit of story that’s sure to get a reaction:

On his way off the Galactica, to catch a raptor to another ship of a bit of leave, Felix Gaeta says goodbye to Hoshi and they lock lips which is the first visible and openly gay male relationship in the series.  (There are other mentions of gay couples, although the most notable lesbian relationship was between Admiral Cain and the poor Six who eventually turns up horribly tortured on the Pegasus; this left more than a few questionable readings possible about the consequences of non-heterosexual relationships!) I’m very much in two minds about the outing of Gaeta; I’m delighted that his sexuality is basically treated as completely normal – the big issue is Hoshi smuggling some painkillers to Gaeta, while their relationship seems normalised (or as normal as anything gets on the rag tag fleet).  That said, I wonder if Ron Moore and the producers are playing it too safe leaving this sort of material for the webisodes?  Their nature as online add-ons might just mean that the writers are allowed to push boundaries they can’t during the actual episodes (and kudos to Jane Espenson and Seamus Kevin Fahey for writing this webisode series), but for this to be a powerful and clear statement about the normalisation of same sex relationships in the world of Galactica, I’d really like to see this thread continue into the final episodes and actually screened on television, not just pushed to one side on the web.

For international viewers, we’re once again victims of the tyranny of digital distance as the webisode are geo-locked and only visible to those with US IP addresses; there will be lots of workarounds, no doubt, but for a short time until it’s pulled, the first webisode is available on YouTube.

Update: Apparently in the run of webisodes we find out Gaeta is bisexual, not gay; I’m not sure if this depletes the overall message or not … probably not.

While I generally find American elections a bit bizzare, they always produce the most quotable cultural artifacts and observations. 2008 has already had some corkers, but my geeky side just couldn’t let “John McCain is a Cylon” pass! The evidence: 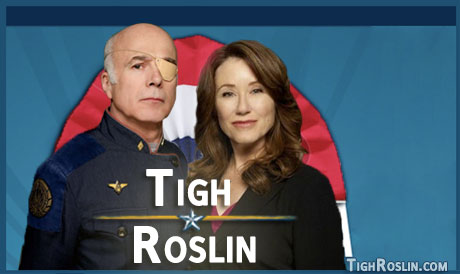