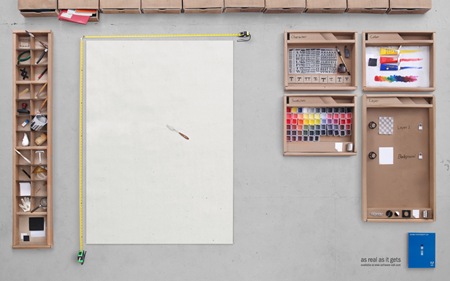 An amazing material layout which makes the photoshop interface a material reality! [Via]