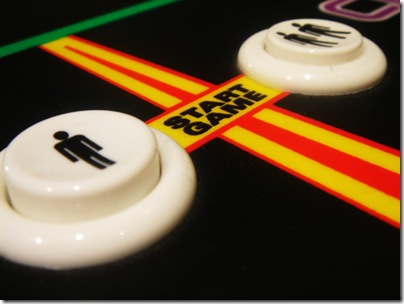 The Pew Internet & American Life Project recently released a very significant survey which really challenges many popular preconceptions and myths about videogames and the impact of game play on young people.  One of the most important findings is that any stereotype of the typical video game player seems pretty much useless, because almost all American teens, in all their diversity, play videogames:

Nor is there one dominant gaming type or genre:

Likewise, rather than being isolating, gaming is actually a primarily social experience for many teens:

It was also reassuring that most parents monitor what sort of games their kids play, at least in the earlier years, and most parents did not find any correlation between videogames and anti-social or violent behaviour in teens:

One of the other major findings was that games tended to be played socially (ie with others) more than in isolation, and that gaming communities tended to make teens socially and politically active! If you’re in any way interested, I’d encourage you to look at the report yourself (PDF link); it’s already getting decent media coverage. Meanwhile, the BBC also reports that a huge study of EverQuest II players discovered that they were neither obese nor was their Body Mass Index (BMI) any higher than the norm (actually, it was a little lower).