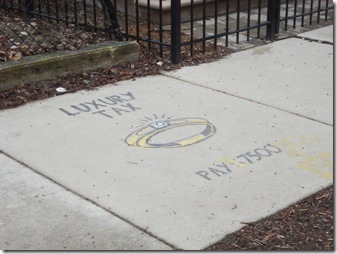 I’m always fascinated to see the physical world re-worked through different lenses to mesh the material and the metaphorical.  Thus, the idea of re-writing parts of Chicago with the spaces of a Monopoly board just tickle my fancy!  More here. [Via]