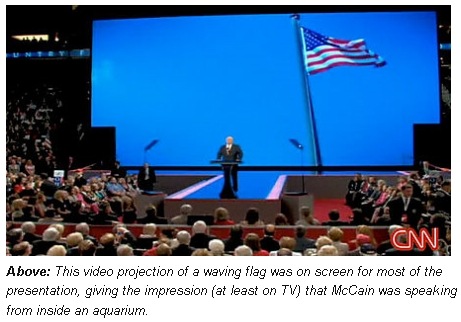 Those who’ve heard my thoughts on presentations in general (most are bad … including most of mine), you’ll also know I think Garr Reynolds’ Presentation Zen (the blog and the book) is the most insightful guide to contemporary presentation design currently available.  Thus, I was fascinated by Garr’s take on the differences between Barack Obama and John McCain’s national convention speeches and the graphic elements which accompanied them.  The short version: Obama presents like a deity, while McCain bombed in visual terms.  In terms of teaching presentation, though, Garr did mock-ups of how McCain’s talk would have looked in different styles which really get you thinking.  Here’s the difference between an MBA and Steve Jobs presenting so you can see what I mean (and why this would be useful when trying to get others to think through presentation in visual terms): 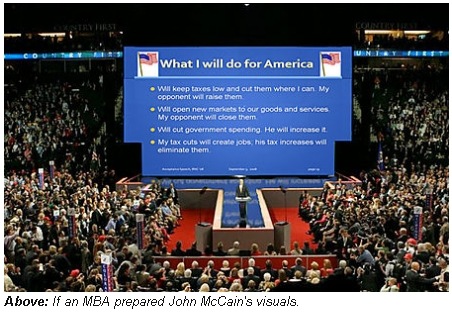 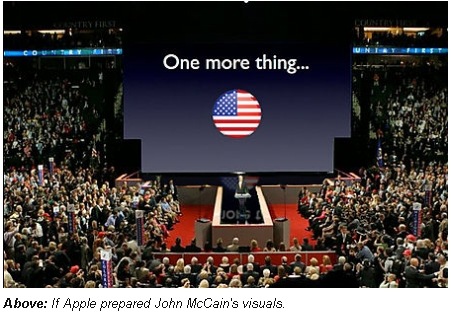 [Images all from Presentation Zen.]

I find it amazing that it’s been four years since the first Jib Jab effort! This one’s a little less pointed, but just as much fun as the original but as it’s a little more participatory as you can stick your own face on one of the little characters!