I’m currently working on a chapter for the forthcoming Locative Media edited collection; the piece I’m co-writing with Clare Lloyd examines some of the pedagogical strategies that have arisen to better inform users about the data that they generate whilst using locative media in various forms (from explicit check-ins with Foursquare to less obvious locative metadata on photographs, tweets and so forth). We’ve been looking at several tools and services like PleaseRobMe.com, I Can Stalk U and Creepy which visualise the often hidden layer locative media layers of mobile devices and services.

Given this context, I was fascinated to see Foursquare’s release of their ‘Time Machine’ (deployed as a promotion for Samsung’s S4) which creates an animation and eventual infographic visualising the a user’s entire Foursquare check-in history. Since I’m very conscious of where I do and don’t use Foursquare, I was fascinated to see what sort of picture of my movements this builds. The grouping of check-ins in Perth (where I live) and the places I’ve travelled to for conferences (which is the main time I use Foursquare) was very smooth, and made my own digitised journey through the world look like a personalised network diagram. The eventual infographic produced is fairly banal, but does crunch your own Foursquare numbers. I’ve embedded mine below.

While Foursquare users are probably amongst the most aware locative media users and generators of locative data, it’s still fascinating to see what a rich and robust picture these individual points of data look like when aggregated. In line with the writing I’m doing, I can’t help wonder how people would respond to a similar sort of visualisation based on their smartphone photos or Facebook posts or some other service which is less explicit or transparent in the way locative metadata is produced and stored. 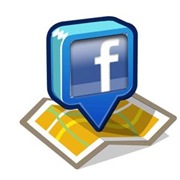