How much does your educational institution filter the internet, especially if you’re at tertiary level (because K-12 filtering has other issues attached to it)? I ask because in my recent shift to Curtin, I’ve discovered the joys of university-level internet filter, something that didn’t happen at my previous institution.  The list of blocked or click-thru site (ie not completely blocked, but having a warning message asking if you really need this website) seems to alter week to week. This morning, every time I want to visit Twitter, Plurk, Facebook or even a wordpress.com blog, I have to click through a warning page; every time I reload, I have to click through a warning page.  Apart from being highly frustrating, I’m currently redesigning several units which are thematically linked by the concept of web presence; almost everything I want students to look at will have these warnings on the Curtin network.  I wonder how many students will get frustrated and give up on the unit?  This morning’s blocks so far … 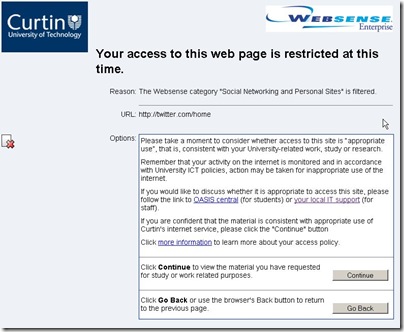 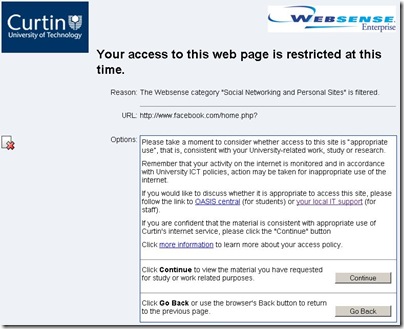 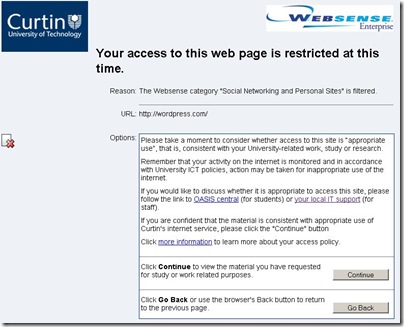 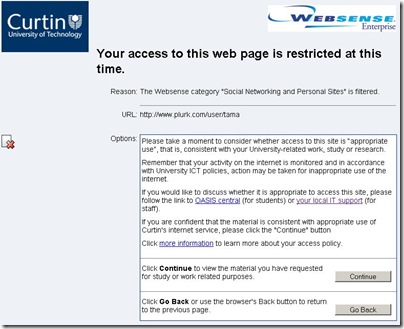 Ironic Update: The first attempt to upload this blog post from my work computer led me to discover that even this website is blocked now: 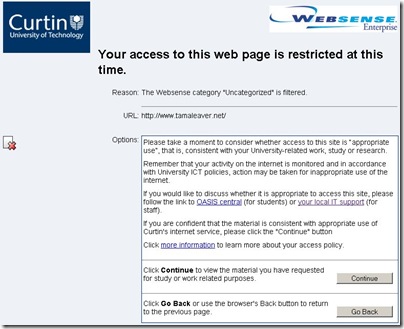 I wonder what sort of hoops I’m going to have to jump through to try and fix this? 🙁