Surely this is the clearest and most direct take on the current plans by the US government you will see today: 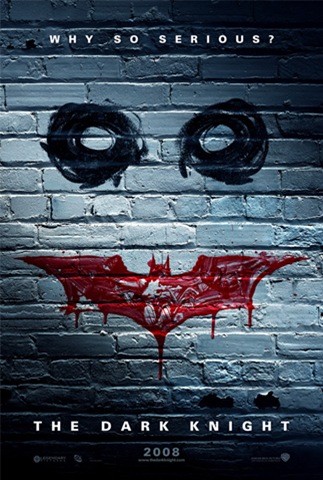 So The Dark Knight certainly lives up to its promise of being dark. Disturbingly so. The film is an outstanding collaboration on pretty much all fronts, cast and crew, but it’s already destined to be remembered as Heath Ledger’s swan song, and rightly so: Ledger is not only the best villain a superhero film has ever had, but his performance excels simply because he could because he’s not a super-villain at all. Ledger’s Joker is psychotic, but in an eerily believable way. Unlike the over-the-top efforts of the camp 60s tv show and films, or Jack Nickolson’s caricature under Tim Burton, Ledger plays a Joker that really could have emerged from the nastiest corners of contemporary society. It’s a performance to be seen and experienced – if not necessarily enjoyed – and at this stage of the year Ledger’s posthumous Academy Award looks a certainty.

Credit has to go to Christian Bale, Michael Caine and Morgan Freeman who all give strong performances but are accommodating enough to play second fiddle to Ledger’s deranged centrepiece. Gary Oldman steps up in his role as Lt Gordon, and newcomer Aaron Eckhart seems to play Harvey Dent a little too smugly until the latter section of the film where his inevitable downfall really hits home in contrast to the earlier scenes. While not really a weak link, Maggie Gyllenhaal really has the misfortune of being the least impressive in the cast, although she has the difficult task of stepping into the only role where the actor has changed (previously Katie Holmes).

Visually, the film is once again spectacular, both inside Gotham and in the scenes set elsewhere, especially an unexpected visit to the soaring heights of Hong Kong’s skyscrapers. For comic book fans, there are plenty of knowing nods along the way, but these are subtle enough not to intrude on the film for everyone else. That said, certain character arcs are a lot more tragic when you can see them coming, especially the emergence of Two-Face. There are plenty of doors left open at the end of the film for a third in the Batman series, although the tone left hanging suggests the next film would be even bleaker and its hard to imagine anything much darker than The Dark Knight being palatable at the multiplex.

The Dark Knight: Why So Serious? 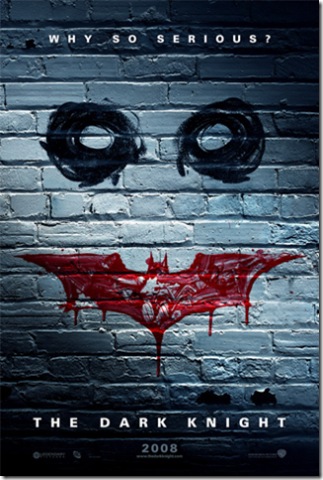 As you might imagine, the lead villain this time is the Joker. [Via]

Update: Read my review of The Dark Knight here.