Why the McGowan government will have an uphill battle rebuilding trust in the SafeWA app.

QR code contact-tracing apps are a crucial part of our defence against COVID-19. But their value depends on being widely used, which in turn means people using these apps need to be confident their data won’t be misused.

That’s why this week’s revelation that Western Australian police accessed data gathered using the SafeWA app are a serious concern.

WA Premier Mark McGowan’s government has enjoyed unprecedented public support for its handling of the COVID-19 pandemic thus far. But this incident risks undermining the WA public’s trust in their state’s contact-tracing regime.

While the federal government’s relatively expensive COVIDSafe tracking app — which was designed to work automatically via Bluetooth — has become little more than the butt of jokes, the scanning of QR codes at all kinds of venues has now become second nature to many Australians.

These contact-tracing apps work by logging the locations and times of people’s movements, with the help of unique QR codes at cafes, shops and other public buildings. Individuals scan the code with their phone’s camera, and the app allows this data to be collated across the state.

That data is hugely valuable for contact tracing, but also very personal. Using apps rather than paper-based forms greatly speeds up access to the data when it is needed. And when trying to locate close contacts of a positive COVID-19 case, every minute counts.

But this process necessarily involves the public placing their trust in governments to properly, safely and securely use personal data for the advertised purpose, and nothing else.

Australian governments have a poor track record of protecting personal data, having suffered a range of data breaches over the past few years. At the same time, negative publicity about the handling of personal data by digital and social media companies has highlighted the need for people to be careful about what data they share with apps in general.

The SafeWA app was downloaded by more than 260,000 people within days of its release, in large part because of widespread trust in the WA government’s strong track record in handling COVID-19. When the app was launched in November last year, McGowan wrote on his Facebook page that the data would “only be accessible by authorised Department of Health contact tracing personnel”.

In spite of this, it has now emerged that WA Police twice accessed SafeWA data as part of a “high-profile” murder investigation. The fact the WA government knew in April that this data was being accessed, but only informed the public in mid-June, further undermines trust in the way personal data is being managed.

McGowan today publicly criticised the police for not agreeing to stop using SafeWA data. Yet the remit of the police is to pursue any evidence they can legally access, which currently includes data collected by the SafeWA app.

It is the government’s responsibility to protect the public’s privacy via carefully written, iron-clad legislation with no loopholes. Crucially, this legislation needs to be in place before contract-tracing apps are rolled out, not afterwards.

It may well be that the state government held off on publicly disclosing details of the SafeWA data misuse until it had come up with a solution. It has now introduced a bill to prevent SafeWA data being used for any purpose other than contact tracing.

This is a welcome development, and the government will have no trouble passing the bill, given its thumping double majority. Repairing public trust might be a trickier prospect.

Trust is a premium commodity these days, and to have squandered it without adequate initial protections is a significant error.

The SafeWA app provided valuable information that sped up contact tracing in WA during Perth’s outbreak in February. There is every reason to believe that if future cases occur, continued widespread use of the app will make it easier to locate close contacts, speed up targeted testing, and either avoid or limit the need for future lockdowns.

That will depend on the McGowan government swiftly regaining the public’s trust in the app. The new legislation is a big step in that direction, but there’s a lot more work to do. Trust is hard to win, and easy to lose.

The inventor of the World Wide Web, Tim Berners-Lee, has raised concerns that Australia’s proposed News Media and Digital Platforms Mandatory Bargaining Code could fundamentally break the internet as we know it.

His concerns are valid. However, they could be addressed through minor changes to the proposed code.

How could the code break the web?

The news media bargaining code aims to level the playing field between media companies and online giants. It would do this by forcing Facebook and Google to pay Australian news businesses for content linked to, or featured, on their platforms.

In a submission to the Senate inquiry about the code, Berners-Lee wrote:

Specifically, I am concerned that the Code risks breaching a fundamental principle of the web by requiring payment for linking between certain content online. […] The ability to link freely — meaning without limitations regarding the content of the linked site and without monetary fees — is fundamental to how the web operates.

Currently, one of the most basic underlying principles of the web is there is no cost involved in creating a hypertext link (or simply a “link”) to any other page or object online.

When Berners-Lee first devised the World Wide Web in 1989, he effectively gave away the idea and associated software for free, to ensure nobody would or could charge for using its protocols.

If the precedent were set that people could be charged for simply linking to content online, it’s possible the underlying principle of linking would be disrupted.

As a result, there would likely be many attempts by both legitimate companies and scammers to charge users for what is currently free.

While supporting the “right of publishers and content creators to be properly rewarded for their work”, Berners-Lee asks the code be amended to maintain the principle of allowing free linking between content.

Part of the issue here is Google and Facebook don’t just collect a list of interesting links to news content. Rather the way they find, sort, curate and present news content adds value for their users.

They don’t just link to news content, they reframe it. It is often in that reframing that advertisements appear, and this is where these platforms make money.

For example, this link will take you to the original 1989 proposal for the World Wide Web. Right now, anyone can create such a link to any other page or object on the web, without having to pay anyone else.

But what Facebook and Google do in curating news content is fundamentally different. They create compelling previews, usually by offering the headline of a news article, sometimes the first few lines, and often the first image extracted.

For instance, here is a preview Google generates when someone searches for Tim Berners-Lee’s Web proposal:

Evidently, what Google returns is more of a media-rich, detailed preview than a simple link. For Google’s users, this is a much more meaningful preview of the content and better enables them to decide whether they’ll click through to see more.

Another huge challenge for media businesses is that increasing numbers of users are taking headlines and previews at face value, without necessarily reading the article.

This can obviously decrease revenue for news providers, as well as perpetuate misinformation. Indeed, it’s one of the reasons Twitter began asking users to actually read content before retweeting it.

A fairly compelling argument, then, is that Google and Facebook add value for consumers via the reframing, curating and previewing of content — not just by linking to it.

Can the code be fixed?

Currently in the code, the section concerning how platforms are “Making content available” lists three ways content is shared:

If we accept most of the additional value platforms provide to their users is in curating and providing previews of content, then deleting the second element (which just specifies linking to content) would fix Berners-Lee’s concerns.

It would ensure the use of links alone can’t be monetised, as has always been true on the web. Platforms would still need to pay when they present users with extracts or previews of articles, but not when they only link to it.

Since basic links are not the bread and butter of big platforms, this change wouldn’t fundamentally alter the purpose or principle of creating a more level playing field for news businesses and platforms.

In its current form, the News Media and Digital Platforms Mandatory Bargaining Code could put the underlying principles of the world wide web in jeopardy. Tim Berners-Lee is right to raise this point.

But a relatively small tweak to the code would prevent this, It would allow us to focus more on where big platforms actually provide value for users, and where the clearest justification lies in asking them to pay for news content.

For transparency, it should be noted The Conversation has also made a submission to the Senate inquiry regarding the News Media and Digital Platforms Mandatory Bargaining Code.

Relief. Now, back to work … 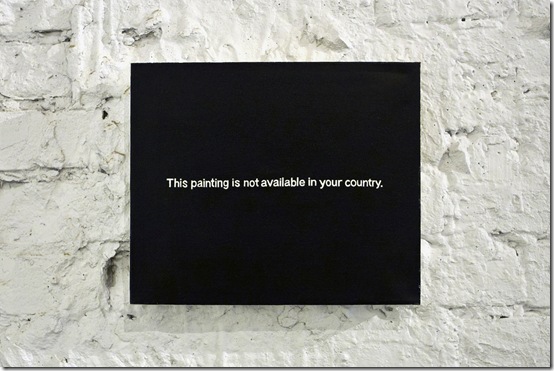