It’ll be a great teaching tool and can you can grab it here (along with some background on the way the stats are generated).

Did you know Darth Vader attended the Yalta conference at the end of World War Two? 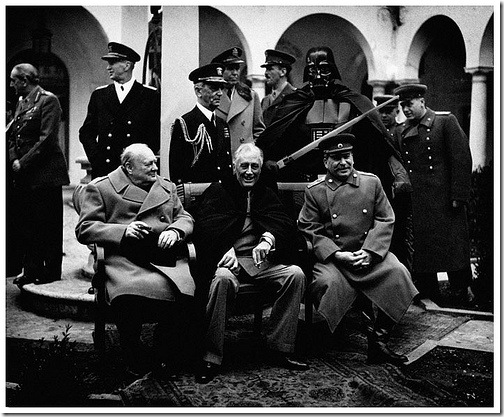 History makes such good raw material for the Photoshop-inclined. See the full set of wonderfully mashed up Superheroes in History from agan harahap. [Via io9]