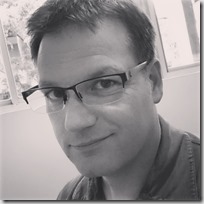 I’m a Professor of Internet Studies at Curtin University in Perth, Western Australia. I’m the Vice-President of the (international) Association of Internet Researchers (AoIR), a regular media commentator, and a Chief Investigator in the ARC Centre of Excellence for the Digital Child.

My research interests include digital infancy and childhood online, visual social media, digital death, the changing landscape of media distribution, including streaming media, and mobile gaming. I has published in a number of journals including Social Media + Society, Information, Communication and Society, Popular Communication, Media International Australia, First Monday, Comparative Literature Studies, Communication Research and Practice and the Fibreculture journal, and am the author of Artificial Culture: Identity, Technology and Bodies (Routledge, 2012); co-editor of An Education in Facebook? Higher Education and the World’s Largest Social Network (Routledge, 2014) with Mike Kent; and Social, Casual and Mobile Games: The Changing Gaming Landscape (Bloomsbury Academic, 2016) with Michele Willson. My most recent book is Instagram: Visual Social Media Cultures (Polity, 2020) co-authored with Tim Highfield and Crystal Abidin.

I’ve received teaching awards from the University of Western Australia, Curtin University, and in 2012 received a national Australian Award for Teaching Excellence in the Humanities and the Arts. I’m @tamaleaver on Twitter, and my web presence is www.tamaleaver.net.

This website includes my main blog, which began in March 2007. From May 2003 until March 2007 I primarily blogged at Ponderance, the archives of which remain online as long a Google continue to support static blogs.

As of September 2007, this blog is being archived by the National Library of Australia and can thus be found in Pandora – Australia’s Web Archive.