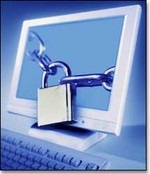 At the moment ISPs and others are sent this list, with the option of implement it for some (or all) customers.  The current Rudd government, with Stephen Conroy pushing it, wants this to be an Australia-wide mandatory block list. Misuse of such a list (along with the fact its implementation would slow internet access across all of Australia) is one the main reasons so many people, myself included, find national government level internet censorship abhorrent.

(It should be noted, that as this list was obtained from an ISP, it may contain links which were added only by the ISP, not from the ACMA list. I suspect that most of what’s blocked is from ACMA, especially the non-porn stuff, but the exact nuances aren’t 100% clear yet.)

Update: A story about the leaked list on the ABC is provoking a few comments!

Update 2: Conroy claims that the leaked list is not the official blacklist, although there are “are some common URLs to those on the ACMA blacklist”.  Oddly, though, Conroy is still referring the matter to police to investigate who leaked the list … which isn’t the list.