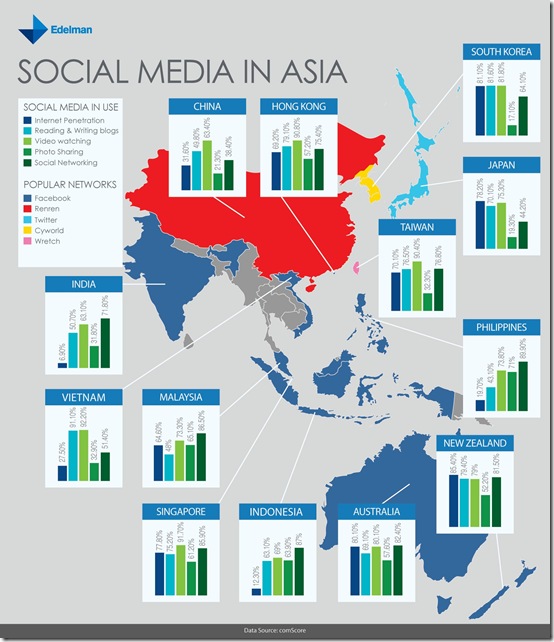 Useful social media infographic for the Asia Pacific region. Interestingly, New Zealand has a higher internet penetration rate than South Korea (although there are a lot more South Koreans, with 39 million wired users – and their internet is faster, too!) Source: Edelman Digital, May 2011.

Sometimes a good infographic tells you a lot:

What’s most amazing to me is that this entire data evolution has taken place in my lifetime – I still remember using 5.25 floppy disks at high school!  The full graphic includes a comparison of photographic and audio storage devices, too.