Google TV Outside the US? 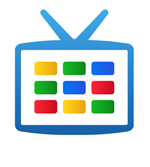 After announcing the service earlier this year, Google today began the hard sell of their forthcoming Google TV platform. It has hardware and software components, with the hardware either wired into new TVs (such as the flagship Sony Internet TV) or via a connected box (like a tuner or Apple TV box), but its main innovation is what looks to be a pretty sophisticated but non-threatening interface which combines web video, broadcast tv and recorded media. While it’s not out yet, it’s worth taking a look at the Quick Tour of Google TV as it demonstrates most of the capabilities and really emphasises how an application-driven web tv experience could be something pretty impressive. Twitter, for example, have already announced their Google TV app will come bundled in the initial software.

As Google moves further and further into the domain of big media distributors, there will inevitably be something of a power struggle, as this quote from the New York Times reminds us:

Google TV has been in talks with the major networks and Hollywood studios about optimizing their Web sites for TV screens and about obtaining data about their programs for search purposes. But one executive described the relationship between Google and the networks as being at the “first date” stage.

According to executives involved, some networks want Google to share revenue from the ads that it overlays on videos. Some want Google to weed out illegal Internet sources of their shows and make sure that their marquee programs still stand out on a service that potentially levels the playing field for all makers of video.

For those of us outside the US, the question of international versions of this service is a thorny one. For each and every country, Google will have to negotiate new relationships with the existing broadcasters. Indeed, the analogue-era tradition of cutting the globe into national zones for the purposes of media distribution looks even more arbitrary than ever as the web and television edge even closer together. Certainly, there is the potential for the tyranny of digital distance to really throw a spanner in Google’s no doubt global aspirations for Google TV, but looking through Australian eyes, the service would definitely be welcomed by viewers.  Indeed, if Google negotiate carefully, they can probably win the support of the networks, too, who are all seeking to profit on catch-up tv services. From ABC’s iView to Plus7, Nine’s FixPlay, Ten’s Full Episodes and Video site and even SBS’s developing catch-up service all the Australian national broadcasters have  presences online from which viewers can stream full episodes. With some minor tweaks, most of these services could easily be optimised for Google’s TV platform.

On the Rise of Apps …

A neat visualisation from Flowtown on the back of a recent Pew report on US-based mobile and App use.