ABC Perth Spotlight forum: how to protect your privacy in an increasingly tech-driven world

I was pleased to be part of the ABC Perth Radio’s Spotlight Forum on ‘How to Protect Your Privacy in an Increasingly Tech-driven World‘ this morning, hosted by Nadia Mitsopoulos, and also featuring Associate Professor Julia Powles, Kathryn Gledhill-Tucker from Electronic Frontiers Australia and David Yates from Corrs Chambers Westgarth. 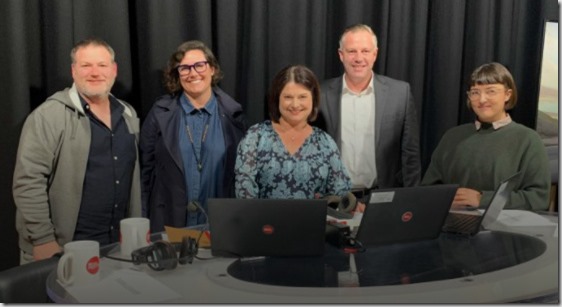 Why the McGowan government will have an uphill battle rebuilding trust in the SafeWA app.

QR code contact-tracing apps are a crucial part of our defence against COVID-19. But their value depends on being widely used, which in turn means people using these apps need to be confident their data won’t be misused.

That’s why this week’s revelation that Western Australian police accessed data gathered using the SafeWA app are a serious concern.

WA Premier Mark McGowan’s government has enjoyed unprecedented public support for its handling of the COVID-19 pandemic thus far. But this incident risks undermining the WA public’s trust in their state’s contact-tracing regime.

While the federal government’s relatively expensive COVIDSafe tracking app — which was designed to work automatically via Bluetooth — has become little more than the butt of jokes, the scanning of QR codes at all kinds of venues has now become second nature to many Australians.

These contact-tracing apps work by logging the locations and times of people’s movements, with the help of unique QR codes at cafes, shops and other public buildings. Individuals scan the code with their phone’s camera, and the app allows this data to be collated across the state.

That data is hugely valuable for contact tracing, but also very personal. Using apps rather than paper-based forms greatly speeds up access to the data when it is needed. And when trying to locate close contacts of a positive COVID-19 case, every minute counts.

But this process necessarily involves the public placing their trust in governments to properly, safely and securely use personal data for the advertised purpose, and nothing else.

Australian governments have a poor track record of protecting personal data, having suffered a range of data breaches over the past few years. At the same time, negative publicity about the handling of personal data by digital and social media companies has highlighted the need for people to be careful about what data they share with apps in general.

The SafeWA app was downloaded by more than 260,000 people within days of its release, in large part because of widespread trust in the WA government’s strong track record in handling COVID-19. When the app was launched in November last year, McGowan wrote on his Facebook page that the data would “only be accessible by authorised Department of Health contact tracing personnel”.

In spite of this, it has now emerged that WA Police twice accessed SafeWA data as part of a “high-profile” murder investigation. The fact the WA government knew in April that this data was being accessed, but only informed the public in mid-June, further undermines trust in the way personal data is being managed.

McGowan today publicly criticised the police for not agreeing to stop using SafeWA data. Yet the remit of the police is to pursue any evidence they can legally access, which currently includes data collected by the SafeWA app.

It is the government’s responsibility to protect the public’s privacy via carefully written, iron-clad legislation with no loopholes. Crucially, this legislation needs to be in place before contract-tracing apps are rolled out, not afterwards.

It may well be that the state government held off on publicly disclosing details of the SafeWA data misuse until it had come up with a solution. It has now introduced a bill to prevent SafeWA data being used for any purpose other than contact tracing.

This is a welcome development, and the government will have no trouble passing the bill, given its thumping double majority. Repairing public trust might be a trickier prospect.

Trust is a premium commodity these days, and to have squandered it without adequate initial protections is a significant error.

The SafeWA app provided valuable information that sped up contact tracing in WA during Perth’s outbreak in February. There is every reason to believe that if future cases occur, continued widespread use of the app will make it easier to locate close contacts, speed up targeted testing, and either avoid or limit the need for future lockdowns.

That will depend on the McGowan government swiftly regaining the public’s trust in the app. The new legislation is a big step in that direction, but there’s a lot more work to do. Trust is hard to win, and easy to lose.

Opportunities exist to apply for a range of targeted PhD scholarships located within the Internet Studies Discipline at Curtin University. The window of opportunity for these is short, so if you’re interested, please email the contact person listed in the specific project pages as soon as you’re able!

If folks could share these opportunities with current and recent Masters and Honours completions (and those completing this year), we would be grateful!

To apply for these project opportunities applicants must submit an email to the contact Project lead listed on the project listing. The email must include their current curriculum vitae, a summary of their research skills and experience and the reason they are interested in this specific project.

The Project Lead will select one preferred applicant for this project and complete a Primary reference on their behalf.

After confirmation from the Project Lead that they will receive a primary reference for this project the applicant must submit an eApplication [https://study.curtin.edu.au/applying/research/#apply] for admission into the applicable HDR course no later than 1st September 2020.

All applicants must send an external referee template [https://scholarships.curtin.edu.au/wp-content/uploads/sites/8/2020/07/RTP2021-Round-2-External-Referee-Report.pdf] to their chosen external reference.

All references are confidential and must be submitted by the referee directly to HDRSCH-applications@curtin.edu.au no later than 1st September 2020.

Scholarship applications submitted without a primary reference or a completed application for admission will be considered incomplete.

For further information on the application process or for more RTP2021 Round 2 scholarship project opportunities visit: https://scholarships.curtin.edu.au/hdr-scholarships-funding/rtp-policy/

Hybrid Learning and Teaching in Higher Education Pre-Date the Pandemic

One of the most tiresome things about thought pieces on the future of universities pumping out at the moment is the constant presumption that a move to a ‘hybrid’ model of teaching (ie mixing face-to-face and online learning) is something new to everyone. It’s not. As just one example, Internet Studies has taught both face-to-face and online versions of all the units in our major for more than 15 years, both at Curtin University and via Open Universities Australia. Students have *chosen* whichever mode fit their lives best, and students can excel in either.

Also deeply disheartening is the presumption that online teaching is intrinsically less impactful than face-to-face. It’s not. But it takes significant work in curriculum design and learning & teaching modes (yes, even via lectures) to engage online learners. Despite workload models that presume the opposite, teaching units online well takes more time, not less, & it’s rare that just one platform (or ‘learning’ management system) offers enough to encompass that learning. Multiple tools work if there is sufficient support for each. Shifting learning material online at very short notice (because of a pandemic) does not equal online learning, it’s making the best of a bad situation (& colleagues across the sector have done so much more than that), but this isn’t the benchmark against which online learning should be judged.

And despite unprecedented pandemic times, hybrid teaching, online teaching, or even face-to-face teaching that is mindful of the complicated context learners are living in, can clearly be better designed by consulting the mountains of work & research on each of these modes. The pandemic has challenged higher education in profound ways, but we have to do what we do best: build our responses on the research, scholarship & best practice that already exist. We know better than reinventing the wheel in any other context, let’s remember it in this one, too.

Edit: On Facebook Mark Pegrum pointed me to work that frames going online for teaching during the pandemic as ERT, or emergency remote teaching, which is quite compelling terminology. I particularly like this quote:

In contrast to experiences that are planned from the beginning and designed to be online, emergency remote teaching (ERT) is a temporary shift of instructional delivery to an alternate delivery mode due to crisis circumstances.

As part of Curtin University’s new The Future Of podcast series, I was recently interviewed about my ongoing research into pre-birth and infancy at one end, and digital death at the other, in relation to our presence(s) online. You can hear the podcast here, or am embedded player should work below: